Last year we heard about there being snow at Orange, NSW. So we decided to travel down and see if we were lucky enough to be there when it snowed. We found a nice 2 bedroom unit next to a pub that did meals and was fairly central. We wanted to go to Mount Canobolas and also head out to Ophir, where one of the first gold rushes were, so we could have a crack at panning.

On the first day we headed out to Mt Canobolas and parked near the top. It was quite nice at the car park, but the road to the top was closed due to ice on it. We rugged up and started to walk up. As we were walking we started to see ice/snow on the edges of the road which got us excited. A bit further on and we had snot running out of our noses it was that cold haha. There was icy snow everywhere and the kids loved playing in it. We had a rough attempt at making a snow man. This was the coldest place we had ever been to. It was very windy up top and it felt like there was clouds blowing past us. When the cold got too much, we started to descend and on our way back down the hill it actually started to snow! Very light snow but it was nice to close your eyes and feel it lightly land on your face.

The walk to the top of Mt Canobalas

Making sure the kids are warm 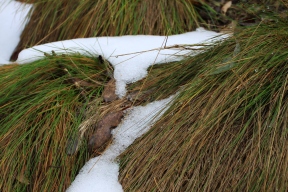 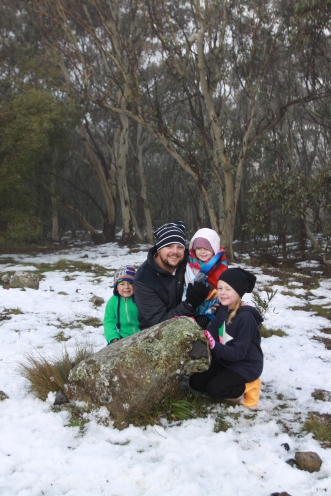 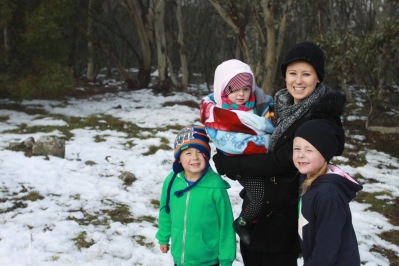 The next day we headed out to Ophir, which is only a short drive out of Orange. It was a beautiful spot, nice and green with plenty of shady spots to stop and have lunch. There were heaps of little of tracks where you can go off and explore. Keep an eye out for people’s active mines, there should be signs that say ‘keep out active mining’ so you shouldn’t have any issues.

We had a crack at panning and found lots of iron stone and a few specks of gold but nothing to write home about. The kids just like playing in the dirt and exploring, throwing rocks into the water and all of us just being together. 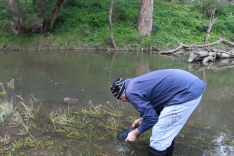 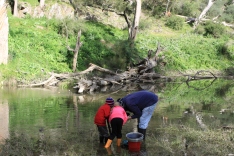 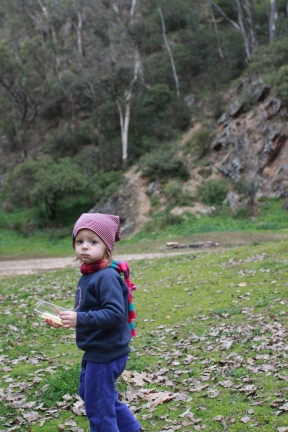 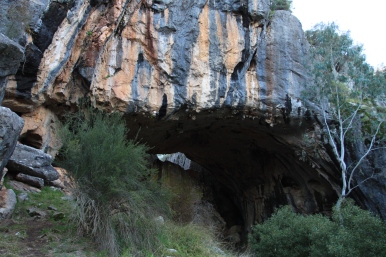 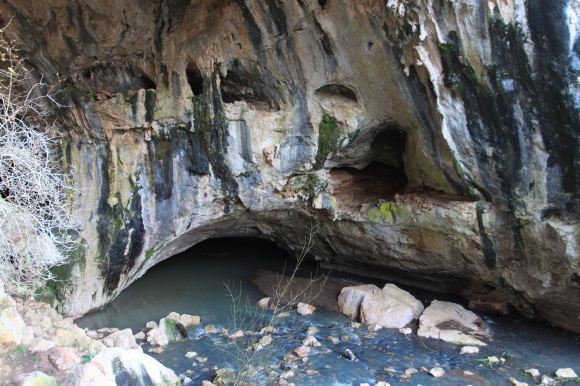